You’ve probably heard by now that we down here at Physio are running for our 9th Best of the West Award [Best of WNC]. For some reason, my compatriots here have decided to nominate me [Emerson Talbott] for that award; I am truly honored. This discomfort gets me thinking about many different things of course, as it can sometimes be a bit awkward to deal with being in the spotlight. Facing your own successes and failures can be fun at times too, so I figured that I would share some of my exploits as a way to reflect and hopefully generate some humor.

Around the office, one of the running jokes is that I tend to jump from hobby to hobby about every 3 months. I’m good at none of these hobbies but will happily try anything that sounds interesting. Naturally, this also has left me with some less than lackluster adventures and exploits that make me feel lucky to have coworkers that support me enough to nominate me for the Best of the West this year.

Last year I had just recently met my partner, who was getting into white water kayaking. Wanting to have another opportunity to bond with her, I figured that I would simply get a kayak and go down the water with her. Heck, she was a beginner too; I figured that I could keep up. HOW WRONG WAS I? Enter the Tuckasegee River; a local learning ground for white water kayakers. Now I have been in a kayak a time or two in my life, so I thought that I would be relatively fine and get down the river at least inside my boat. I even frolicked around in my boat in the yard before getting on the river. What could go wrong? Only one person has drowned on the river and they didn’t have a PFD on according to the local authorities. The first rapid in the river is called the Dillsboro Drop; a class III that goes over an old dam. I found this intimidating but figured if I could at least get over it in one piece I would be fine for the rest of the trip.

There we are; the rapid is closing in. I can’t see anything but can only hear roaring water and what looks like a big drop-off on the water horizon. My partner and her friend encouraged me to go first, and so naturally, wanting to impress the ladies, I did. Well, as everyone reading this could probably guess, I immediately ate it and got flipped out of my boat within about .03 seconds after going over the crest of the rapid. Chaos ensued, as my partner also flipped. This left our friend with the responsibility of herding 2 paddles, 2 boats, and 2 people, one of which whose state could be considered floundering at best. Naturally, after recovering from that I was a bit shaken. I went on to fall out of the boat 6 more times that trip, one of which was on flat water. Thankfully I am a better physical therapist than a paddler, but the bar is also pretty low.

Another one of my hobbies is Brazilian Jiu-Jitsu. For those of you who do not know, BJJ is a martial art that is all grappling with the premise that larger people can be controlled by smaller folks using bodyweight and positioning. My gym offered a week of free classes at the time, so I figured why not give it a go? What I didn’t realize is that the first 6 months of BJJ are commonly accepted as nothing but learning and getting your ego humbled. Even though my goals were to make friends and get into shape, I didn’t realize quite how inept at these types of tasks I would be.

The first time I went to class I was paired with a fella a bit shorter than me but equal to me in weight. We were practicing what is called mount position, where someone is in a very dominant position and essentially sitting or laying on you to keep you in place. Granted that I didn’t know what I was doing, I proceeded to flop around like a fish under a man with a lumberjack beard that felt extremely suffocating while it was brushing my face consistently. I am not one to panic easily, but I honestly felt as though I was going to be beard-suffocated at that moment. There’s nothing like having someone’s sweaty beard hair getting caught in your teeth. If you were to envision a person squashed under a rock with their legs flailing around, then you have a pretty close representation of what I looked like on that first day.

I have since gotten better at BJJ than I was on that first day; Now escaping the aforementioned situation is significantly less precarious. But at the end of the day, I continue to be a better physical therapist than I am a BJJ practitioner. Again, I feel lucky to have the support of my coworkers in my nomination.

As humans, I think that we all have a tendency to be too hard on ourselves. We do not hold ourselves to realistic expectations, needing more out of ourselves than we expect from those closest to us. At the end of the day, all we can do is our best and learn to be nice to ourselves when we fail. After all, that is what has taught me the most in my life. Physical therapy is one of my most favorite hobbies, and I am lucky enough to have a career out of it. We here at Physio are always here for our community and I feel lucky to have you. Stay well. We will see you soon!

And, don’t forget to vote for us, as well as your other favorites around town!

← The McKenzie Method – What it is and how Emerson uses it to get to the root of your pain.5 Reasons Strength Training Is Key for Active Aging (And How to Try It) → 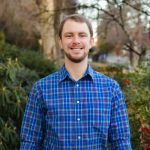 Emerson believes that as a physical therapist, it is his job to help guide you down the right path to address the issues you are facing. He will help you reach your goals, and challenge you accordingly, while making those goals attainable. Outside of work, Emerson is an avid outdoorsman. He loves to hike, fish, hunt, and just spend time outside. He also enjoys building things and refinishing old furniture. "I believe in trial and error. Never be afraid of making a mistake!"